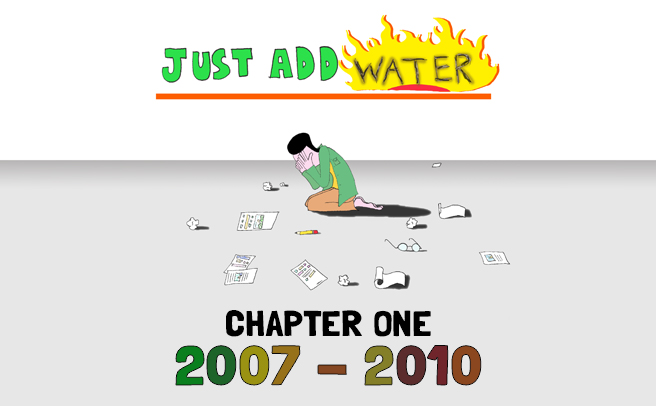 Our world is screwed up!

And who better to make fun of it than angsty teenager, Nick DeAngelo? In this original installment of The Nick Chronicles, Nick uses his off-kilter sensibilities to navigate his life as a high schooler in the late Aughts.

Nick covers it all, from the trials of a being shy teenage cartoonist, to the absurdity of religion, to the rise of internet culture. Is he qualified to make these judgements? No. Is anybody listening? No. But he’s going to shout his messages from the rooftops! Or at least draw himself shouting them.

JAW was born out of a surge of manic inspiration on a cold winter’s day in 2007. This inspiration can be directly accredited to the works of Too Much Coffee Man creator, Shannon Wheeler. After attending a signing in Portland, OR, Nick discovered the catharsis of turning his stresses into art. And things really just snowballed from there.