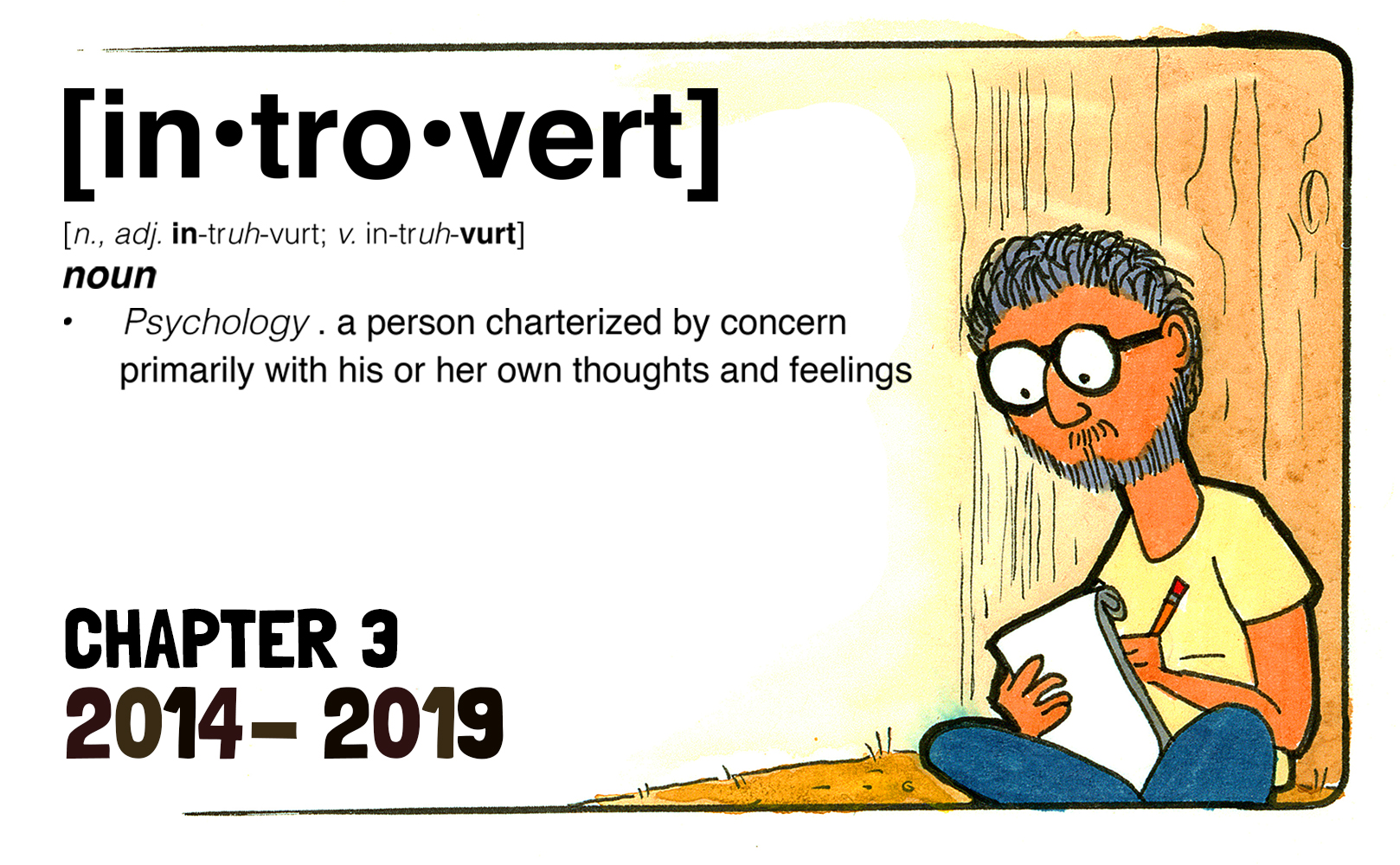 Nick is literally moving up in the world…

Through with college, making a steady paycheck, and most importantly, out of the basement. Nick is really starting to feel like a grown-up. But he’s despite all that, he still manages to be shy and awkward.

In Introvert, Nick discovers what it’s like being a quiet 20-something in the working world, balancing a social life, artistic endeavors, and his new video production career. Come with Nick as he deals with relatable adult issues such as weight gain, motivational difficulties, and even anxiety dreams. Hopefully some of it’s funny.

After several life changes over the course of a few months, it was time for a new chapter in The Nick Chronicles. INT was an attempt to create a comic in a traditional art medium, inspired by the hand-painted frames of Calvin and Hobbes. Due to the vigorous hours of a full-time job, and the new encumbering paint medium, INT comics were put out less frequently than previous chapters.